A new site which will house a block of six flats on Abbey Road in Oxford underwent its archaeological dig earlier last month to establish whether there was anything of historical importance such as evidence of medieval activities or just possibly the remains of prehistoric man.

Because there are no surviving maps or charters from before the 19th century, it was assumed in the planning applications that the Abbey Road site had been a river bank or flood plain throughout the medieval period.

Settlement in the area is known as far back at the late Saxon period when it is believed that Osney Island was a small manor. In the 11th century, ownership of the land was transferred to the Bishop of Canterbury up until his death in 1005 when it was assigned to the diocese of St Albans. 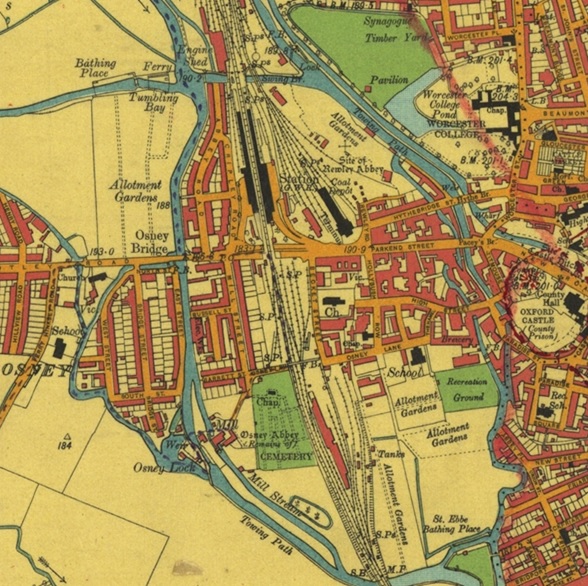 The earliest maps dating back to the 1850s show the site at Abbey Road was open farmland. The first edition of the Ordnance Survey in 1876 shows the development site meadow, but by 1889 the land between the River Thames and the railway station had been built on, and the site on Abbey Road was occupied by Thomas H Kingerlee and Sons builders.

This firm continued to occupy the site until 1959 when it was sold to Baynes Timber. The site was later sold to AVIS car Hire, which has now been demolished to make way for the new homes.

The dig took place in late October and, as predicted, the remains of Victorian buildings were uncovered, but it was established that there was nothing of historical value at the site, and so sign off was given to continue work on the development.

The scheme, which is expected to complete in early 2018, will comprise a block of six affordable homes, five of which will be available for social rent and one for shared ownership. Also on the site will be six houses, available for private sale through Cala Homes.