In September RSIG welcomed two new members to the group: Jon Miles and Vivienne Martin. Jon was already known to some of us because he was, until a few weeks ago, the Chair of Scrutiny for Aldwyck, so he brings a certain level of experience with him. Viv is a busy mum and is very keen on assisting bpha to spread the news about Welfare Reform, as she believes she is one of our residents who will be affected. It was also time for my first performance appraisal as I have been with the group for a year now. I’d forgotten what an appraisal was so it was a relief that it all went smoothly.

Also at the September meeting, the sub-group which has been carrying out a review of Neighbourhoods (Tracey, Mel, Norman and Julian), submitted the full report of their findings, including a proposed action plan agreed by David Palfreman (Head of Housing), with a timescale for implementation of our recommendations. The progress of the agreed action plan will be closely monitored by RSIG.

The scrutiny aimed to address: why residents were dissatisfied with their neighbourhood. The sub-group visited a number of neighbourhoods and interviewed residents living there, and the sub-group would like to say thank you to those residents who were open and honest in their assessment of bpha services. The sub- group looked at gaps in service and reviewed the impact of relevant local offers.

The review also benefited from the support of the Resident Services team and the Community Development team, the professionalism and courtesy received from the relevant bpha staff members, including members who significantly assisted in the production of the final report. A big thank you to all involved. We already have a sub-group led by my good self working on our next scrutiny, which is in relation to NIBE boilers, concentrating on the way bpha has dealt with the customer service issues.

Working with your landlord seems to have been a discussion theme for September, as at our last meeting we examined a Communication Protocol which sets out guidelines that bpha staff and members of the Resident Scrutiny and Improvement Group are asked to adhere to when carrying out scrutiny duties. The protocol sets out clearly what is expected of both sides and was welcomed by everyone as it will help us to work effectively together.

The subject was up for discussion again at the East 7 Resident Scrutiny Conference at Duxford Imperial War Museum, with one of the workshops looking at the benefit of scrutiny from both a resident’s and a landlord’s point of view. It was interesting and enlightening to see how other panels work and the support they get from their organisations. The biggest difference in the landlords’ section was between housing associations and councils who still hold housing stock. It was very evident that scrutiny builds a valuable bridge between landlords and tenants and it is a bridge we want to keep building. 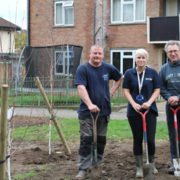 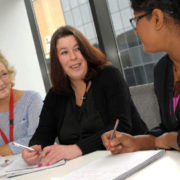 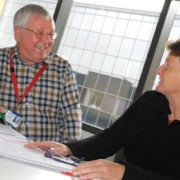